Who is My Favorite Villain and Why 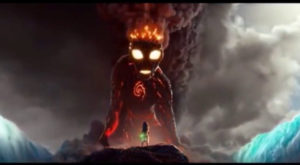 Te Kā from Moana. Okay, not quite the villain per say. Why because she was the benevolent island goddess Te Feti before she became the enraged and heartbroken Te Kā.

Why do I like her, because she is the epitome of the lesson:

“What we do and say, and don’t always has a ripple effect. Both towards people, our environment, and ourselves”.

How? Maui, the demi-god, steals her heart. His actions had a ripple effect for the Maori people, the environment and himself as well as Te Kā/Te Feti. His need for fame, worship and acknowledgement clouded his judgement and his actions and words destroyed the people around him and caused him pain and grief in the form of being forgotten and cast aside as an exile. 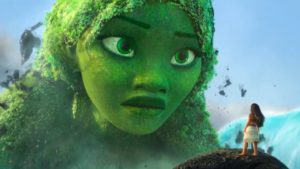 Te Kā has a purpose, not just as an antagonist, not just as a villain but she serves the purpose of knowing we can change things and fix what we break, undo hurt and pain (eventually, with time and genuine apology and personal growth) that we caused others. That forgiving truly is a, not so out of reach, achievable thing to grasp for.

Her heart is truly the symbol of that pebble in the pond. Maui stole it and tossed it to the sea. Moana helped Maui grow as an individual and thrive and correct his mistakes which in turn transformed the pain and suffering that Te Kā represents back into Te Feti, who was able to forgive and move forward into new and transformed life. 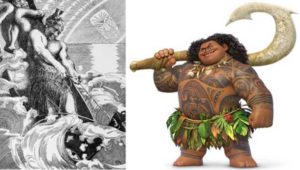